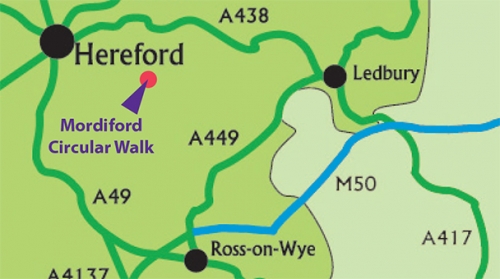 These features and the terrain are shown on the Mordiford circular route map.

Parking is limited in the village, but there is space available near the bridge and a car park at Swardon Quarry Picnic Place.

Refreshments are available at Mordiford Post Office, The Moon Inn and The Yew Tree public house. Please check opening times and booking requirements before setting out. 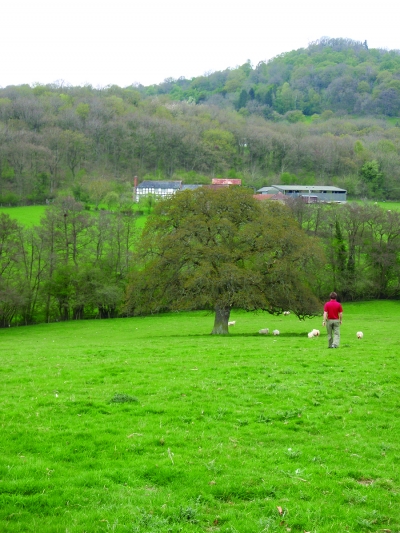 The village grew up at an ancient ford over the River Lugg. The present nine-arched bridge is part 14th century, but largely 16th century and is one of the oldest registered bridges in the county. The river normally flows under two of the arches, but all are needed in times of flood. The church, whose tower dominates the end of the bridge, is of Norman origin, but much restored in the 19th century.

A little to the north stands Sufton, the mansion of the Hereford family, lords of the manor since the 12th century. It was designed in the ‘classical’ style by Wyatt at the end of the 18th century and the grounds were laid out by the renowned landscape architect Humphrey Repton.

Nearby Bears Wood within the valley is reported to be where the last wild brown bear was killed in Herefordshire.

Up until the 19th century an image of a large green dragon or ‘wyvern’ was painted on the western wall of Mordiford Church. The first record of the dragon from the end of the 17th century states it had three pairs of wings and four pairs of legs.

However, it appears that the dragon was repainted on various occasions and records from the 18th century describe a green dragon with two wings, two web-footed legs, a long tail and a red forked tongue. Unfortunately the image of the dragon was destroyed when the church was restored between 1810-1812 and has never been replaced.

Dragons and serpents have been used all over the world since ancient times to symbolise the power of the land. Their coiled tails were believed to have created the hills, and dragons are often linked to beliefs about ley-lines and to various local customs. Mordiford has its very own dragon legend too.

The legend of the Mordiford Dragon

One day a little girl called Maud was walking through the woods near Mordiford when she chanced upon a small creature that resembled a shiny cucumber with tiny fluttering wings. Maud played with the creature for a while and had so much fun that she decided to take it home as a pet.

Her parents instantly recognised the creature as a dragon and her father threatened to kill it, but gave in when Maud cried and pleaded for its life to be spared. Fearing that he might still attempt to kill her new playmate she took it away to a secret hiding place in the woods and fed it on milk.

The little dragon grew very fast and soon milk alone wasn’t enough to sustain it, so it began killing the livestock from surrounding farms. At first the dragon ate ducks and geese, but then its appetite turned to sheep, then cows and finally local people. However, it never touched Maud who continued to visit and play with her pet.

The villagers became terrified, but did not know what to do, as none of them were brave enough to approach the dragon, let alone attempt to kill it. Then one day a man with nothing to lose volunteered to tackle the fearsome beast.

He was a condemned criminal called Garson who was guaranteed a free pardon if he could put the Mordiford dragon to death.

Garson discovered that every day the dragon went down to drink from the banks of the river at the point where the Lugg meets the Wye. He placed a large cider barrel nearby, hid inside and waited for the dragon to appear. When it started to drink Garson shot an arrow through a hole in the barrel, which went straight into the dragon’s heart. Although Garson was successful he never received his reward as the dragon incinerated him and the barrel with its dying breath. 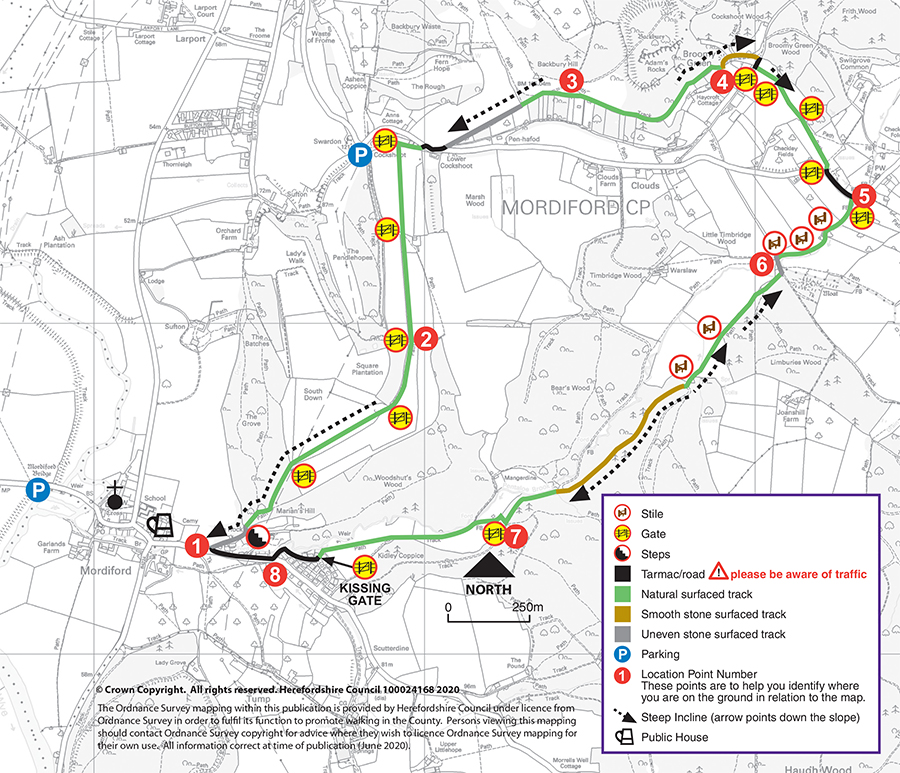