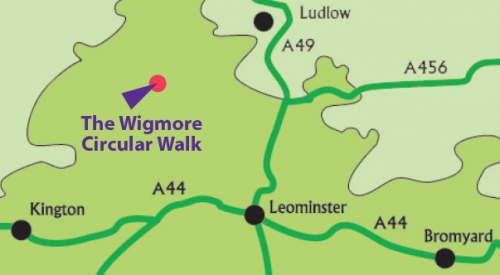 These features and the terrain are shown on the Wigmore circular route map.

There is parking signposted in Wigmore Village.

There are various pubs and hotels in Wigmore and Aymestrey which offer a range of cooked meals. Mortimer Country Stores in Wigmore sells various drinks and snacks. Please check opening times and booking requirements before setting out. 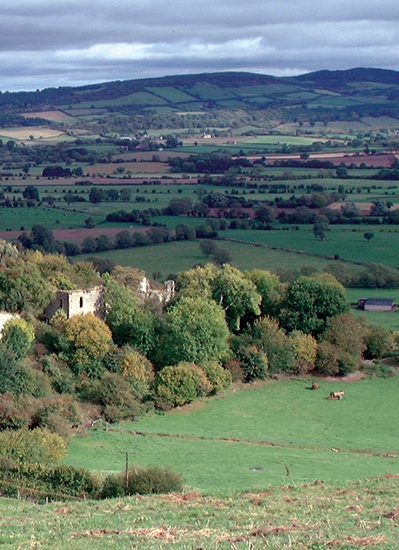 It is hard to believe, but as you walk through Wigmore you are walking through what was once a major town and centre of power. In the 10th century it was the major civic centre for the region and sometime home of King Edward.

During the Norman Conquest it was a stronghold for the anti-Norman rebels led by the legendary Edrik the Wild, Lord of Wigmore. Wigmore was eventually captured and given to the Mortimer Family, who made it the seat of their power, thereby enhancing the status of the town still further. However, from the late 14th century the town fell into gradual decline, the village finally lost its regional power in 1970 with the closure of its Magistrates Court.

Look out for excellent examples of traditional timber framed buildings and other clues to Wigmore’s long heritage.

St. James’ Church occupies a prominent position and the current church dates back to the 11th century when it was founded as a collegiate church by the powerful Mortimer family and was built on top of a much earlier Saxon building. The knave is early Norman with the original 11th century herringbone stonework visible on the outside of the north wall. The chancel was added in the 14th century as was the tower and the south aisle. Inside the church, high on the south wall, there is a rare piscina that is a legacy of the original rood screen, which unusually in this church had an altar on it.

The castle you see today dates back to the early 14th century but sits on top of at least two earlier castles. Left to fall into decline, the inside of the castle remains today much as it would have been by the 16th century, with destruction material creating over 8 metres of buried archaeological deposits up to the original first floor level! A remarkable resource for archaeologists to explore in the future. The castle was taken over by English Heritage in 1995 and the walls and features further stabilised to enable safe public access to this ‘romantic’ but historically important castle. 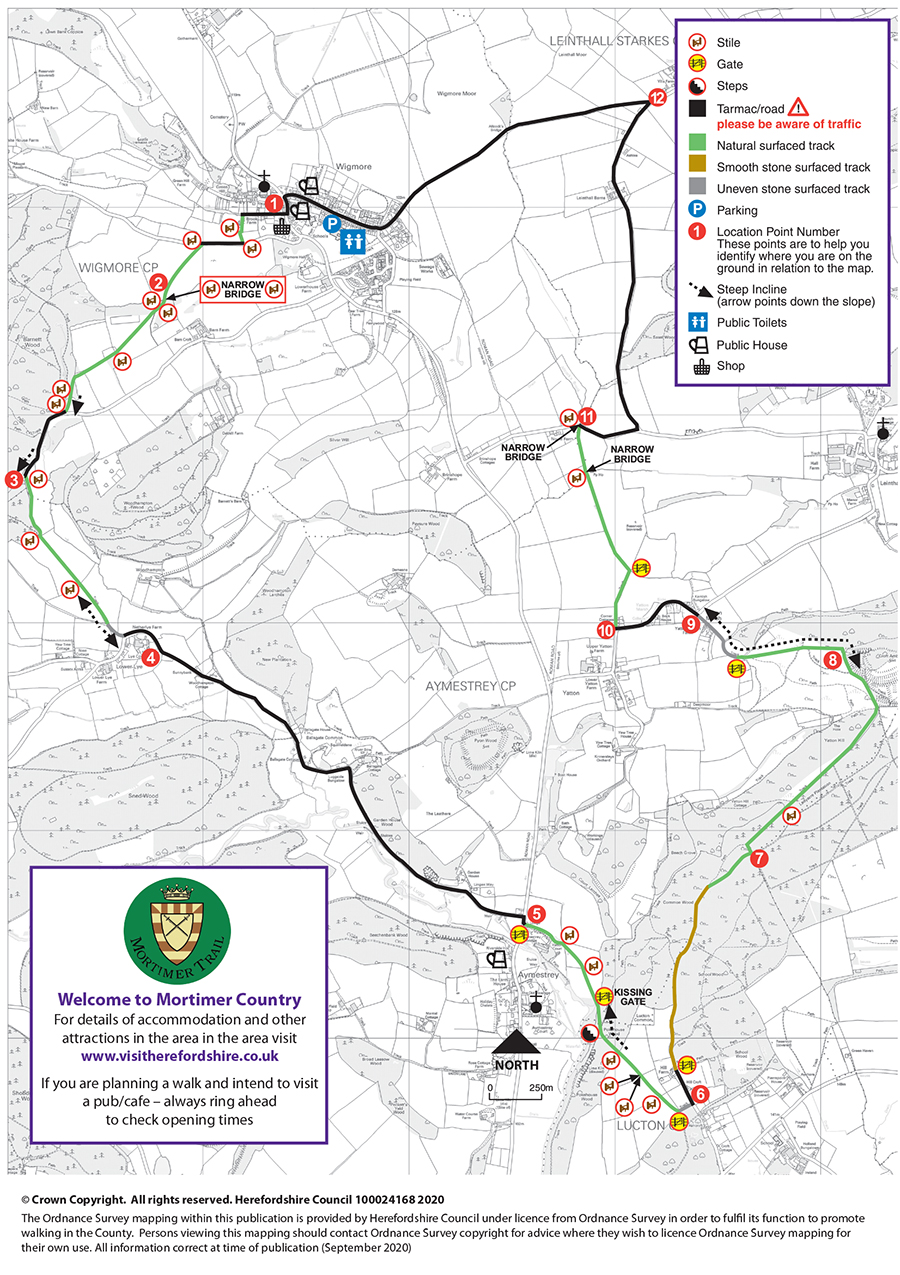