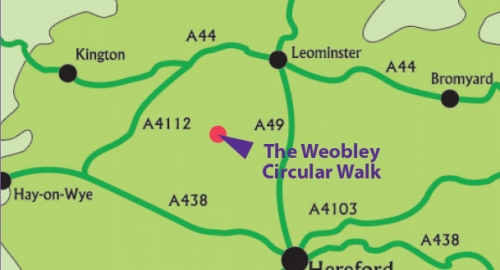 These features and the terrain are shown on the Weobley circular route map.

Parking is limited in Weobley village, but there is a car park in Bell Square.

Weobley has a number of cafes and shops. Pubs include The Unicorn Inn, The Red Lion Hotel and The Salutation Inn. The Marshpools Inn is situated half way around the route at the hamlet of Ledgemoor. Please check opening times and booking requirements before setting out. 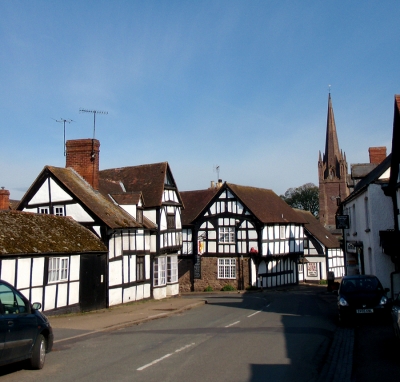 Weobley is a village with a mediaeval layout and it has a wealth of ‘black and white’ half-timbered houses, for which this area of the county is famous. It has a lively village centre with inns and restaurants, a museum and shops to browse.

Weobley was once a thriving market town and markets would have been held in the triangular market place at the south end of Broad Street. This is where an old market hall stood until it was pulled down under order from the Marquess of Bath in the 1860s. Another block of 15th -17th century timber framed houses surrounded the market place, but these were unfortunately destroyed by fire in November 1943.

Weobley is home to the impressive church of St Peter and St Paul, which has the second tallest spire in the county. Although not quite on the route of this walk it is well worth a visit.

Weobley Castle is a Motte and Bailey. It is thought to have been built soon after the Norman conquest at the end of the 11th century by Roger de Lacy or his brother Hugh. In 1138 it is thought that King Stephen took Weobley from Geoffrey Talbot and it is thought to have changed hands many times over the centuries. However it is first properly recorded in the Pipe Rolls of 1186/7 when it was in the hands of King Henry II.

Garnstone is thought to have once been a separate entity to Weobley connected to the family of Roger de Garnerston in around 1382. Garnstone Park is thought to be linked to a Garnstone House built in the mid 16th century which coincides with the creation of many deer parks around the country. The ruins you can see today are of a later residence known locally as Garnstone Castle. This was designed by John Nash and built in 1807 but it was later demolished in 1958. 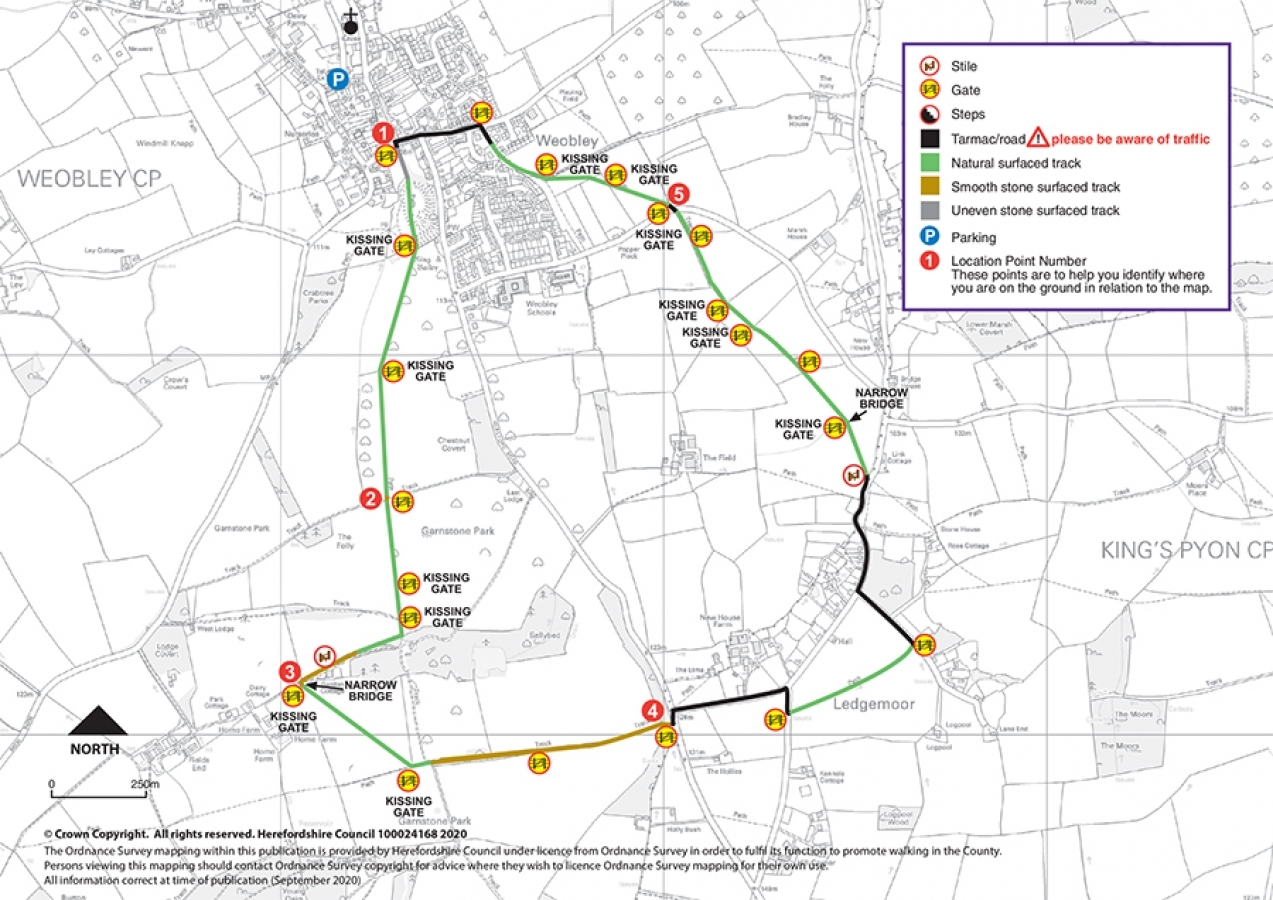