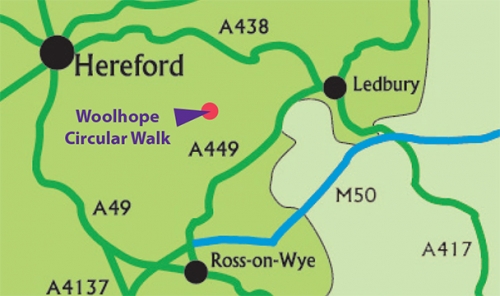 These features and the terrain are shown on the Woolhope circular route map.

There is ample parking at the village hall and a few spaces on Broadmoor Common.

Both of the pubs in Woolhope - The Crown and The Butchers Arms serve good food, though both get busy during the summer months so booking may be advisable. Please check opening times and booking requirements before setting out. 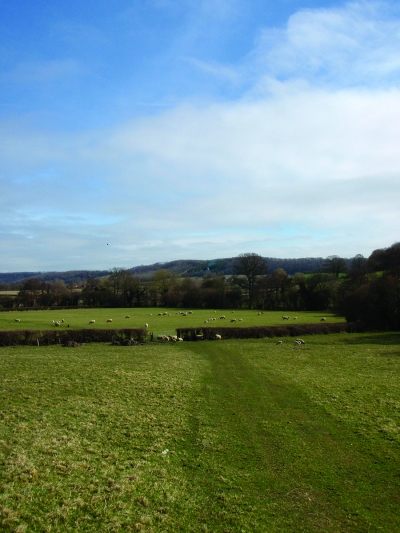 This walk takes place in an area of the County known as the Woolhope Dome.  The Woolhope Dome is a rim of hills and folds resulting from the underlying geology of silurian limestone.  The limestone rock layer provides beneficial conditions for species-rich grassland, a habitat which isn’t widespread in the county as much of Herefordshire lies on old red sandstone. In the centre of the dome of hills lies Woolhope, a quiet, pretty village which has built up around a 12th century church.

Quite a few place in Herefordshire have the word ‘Hope’ in their name including Sollers Hope, Fownhope and of course Woolhope.  The word ‘Hope’ means a small, enclosed ‘blind’ valley, and when you look at the hilly landscape in this area it is not surprising that the name appears so often.

Broadmoor Common to the north of Woolhope is a 35.5 acre site managed by Herefordshire Council.  It is designated a Local Nature Reserve (LNR), one of 1050 in England.

Local Nature Reserves are designated for both people and wildlife. At Broadmoor Common the species rich grassland is important as is the adjoining woodland.  The site is managed appropriately for nature conservation in association with the local commoners.

Nearby Sollers Hope is situated in a perfect example of an enclosed valley and has had a castle, with a church and a later Elizabethan manor house.  It’s not really a defensive position, which indicates that the castle was more of a manorial residence than a defensive fortress, although there is a deep stream on the west side.  In the 13th century the manor belonged to the Sollers family. 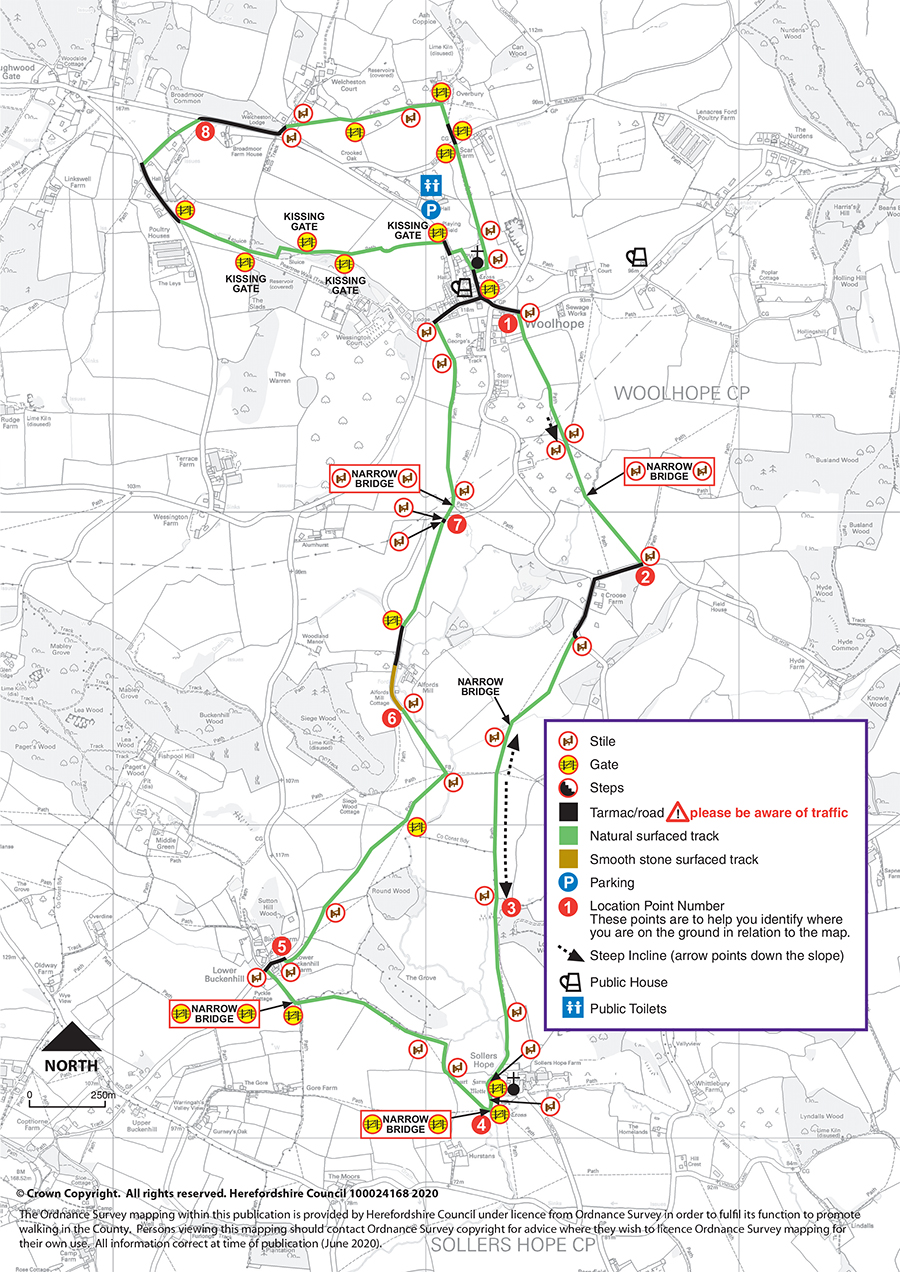