The Rotherwas National Filling Factory (NFF No14, Hereford) was built in haste in 1916, half way through WW1. It was one of a dozen new Munitions Factories created to make sure this problem didn't occur again. Its creation was one of the first acts of the Ministry of Munitions - a new department set up by Lloyd George's new government (the previous Asquith government having resigned in disgrace) to put the British economy on a proper war footing for the first time. 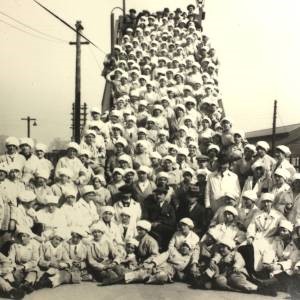 Records suggest that about 8000 munitionettes worked at Rotherwas in WW1, drawn from all over the UK. For most of the women the move to Hereford will have been hugely liberating; the wage packet (albeit less than half as generous as their male counterparts) and the need to live away from home giving them a freedom undreamt of before the war.

Employees were billeted in Hereford, Ross-on-Wye, Leominster and surrounding villages, and some took three hours just to travel to and from work either side of a 10-12 hour shift. Billets were very varied, with some girls having to make do with sheds or even tents.

Unlike many of the other Filling Factories, Rotherwas was kept open after WW1, and was refurbished in secret ahead of WW2, this time with the title of Royal Ordnance Factory No 4, Hereford (ROF No4). Once again the employees were predominantly female - again estimates vary widely between 3,500 and 10,000 - but this time conscription meant that there was much more of a social mix of women, and living conditions were far better, including provision of crèches and travel allowances. 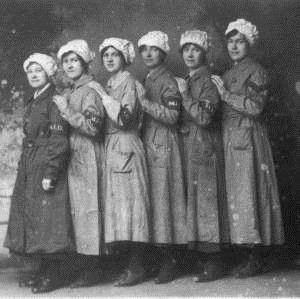 We know that thousands of women and hundreds of men worked at the site across both world wars, but we don't have access to a complete record of their names. Working alongside the Rotherwas Munitions Group, we are seeking to collect the names of all of the men and women who worked at the munitions factory during WW1 and WW2. In order to do this, we are asking people to send us the details of their relatives who worked at the factory and share with us any details about their role and experiences and/or any Rotherwas artefacts/documents or photographs they may have.

We are also working with the Ministry of Defence (MOD) which has confirmed that it holds records of former munitions employees for both World Wars in order that these might be made available.