Herefordshire Council has won an enforcement case against two people found guilty of fly tipping waste which they had been paid to remove from a resident in Kington.

On Tuesday 1 November 2022, Hereford magistrates heard how in June 2021, a Council-owned travellers site in Pembridge known as Turnpike, near Leominster, had become empty of all residents in preparation for a planned refurbishment. The empty site was then plagued with fly tipping over the course of the next eight weeks.

Officers of the Council’s Community Protection team attended the site on 16 August 2021 to search the fly tipping and in one area found evidence which led the investigation to a resident in Kington. Officers discovered that the resident had paid forty pounds to Mr Cornelius Biddle and Miss Harriett Thompson, both of Hill View, Leominster, to take away household waste to dispose of at the tip. The court further heard that the couple had decided to keep some of the waste to re-use but had left some black bags of the collected waste at the empty site in Pembridge, which they had travelled to under the belief that family members were still residing there.

Biddle and Thompson both pleaded guilty to fly tipping and were each fined £200.00 and ordered to pay £100.00 towards costs and a victim surcharge of £34.00 each. 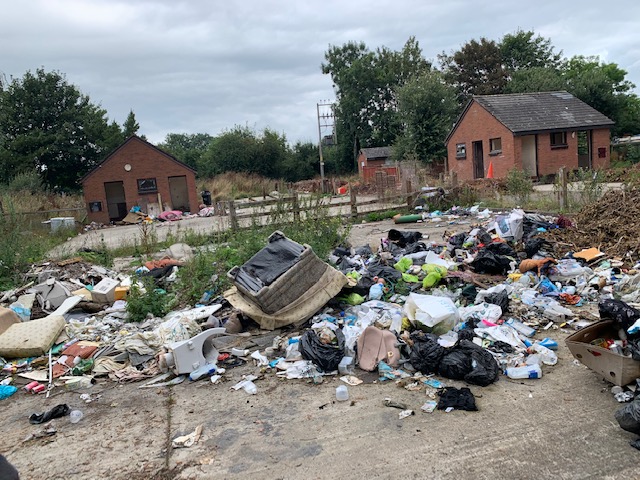 Marc Willimont, Herefordshire Council’s Head of Public Protection, says: “Unlawful waste disposal and fly tipping costs council tax payers tens of thousands of pounds each year. The Council has a dedicated team of Officers who work to ensure that anyone found fly tipping waste will be prosecuted.”

The maximum penalty for fly-tipping is a £50,000 fine and/or five years imprisonment.

Our community protection team will investigate unlawful waste disposal and fly-tipping cases reported via the council’s website or by calling 01432 261761.