A farmer from Bringsty has been banned from keeping livestock for ten years and given a suspended sentence in a case taken to Hereford Magistrates’ Court by Herefordshire Council’s Trading Standards service.

Charles Dowdswell Parry (50) of Ashminton Farm, Bringsty and previously of Riverlands Farm, Leigh in Worcestershire pleaded guilty to ten charges in total and was disqualified from keeping all animals for ten years (except his dog) after allowing livestock to suffer (including 50 calves) and for failing to correctly store and dispose of large amounts of animal carcasses. Mr Parry was sentenced on 11 November 2019 at Hereford Magistrates’ Court to four months imprisonment suspended for 18 months, 200 hours community service, a victim surcharge of £115 and costs of £2221. 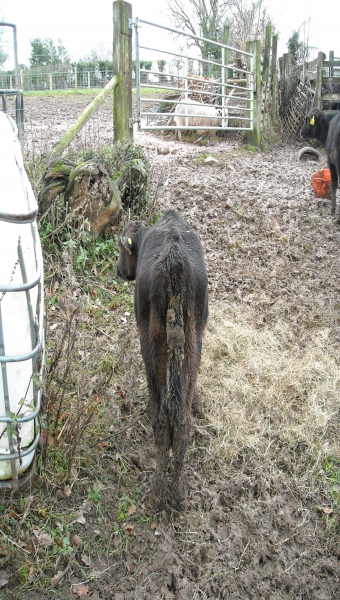 Complaints about the welfare of cattle and sheep were made to Herefordshire Council’s Trading Standards Service in December 2018. Animal Health Officers visited the site along with vets from the Animal and Plant Health Agency. Mr Parry was advised about the welfare of his animals and his need to dispose of all animal carcasses. Subsequent revisits revealed there was little change, so a farm improvement notice was issued to improve the feeding, environment and welfare of the animals. Mr Parry failed to comply with the enforcement notice and his failure to supply the correct level of feed, appropriate veterinary care, and removal of carcasses, led to the livestock suffering, which included a large number of calves.

“This is a very serious case of animal suffering and the lack of correct care and treatment for both cattle and sheep was deplorable. Herefordshire Council will continue to work with all livestock keepers to ensure that best practice is maintained on farms and small holdings, but we will not tolerate animal suffering and action will be taken against anyone who disregards the welfare of farmed animals.”

For advice, information and to report a farmed animal welfare concern visit www.herefordshire.gov.uk/animalwelfare