Environment Agency and Herefordshire Council are using satellite technology to target sites where soil water run-off is causing big problems for the environment and the county’s roads.

Heavy rain in Herefordshire last week led to a number of pollution incidents caused by soil running off into rivers and large quantities of mud washing onto the county’s roads resulting in hazardous driving conditions.

With a lot more rain forecast the Environment Agency with Herefordshire Council are continuing to target landowners to remind them of their responsibilities.

In heavy rain, soil can be dramatically washed away from fields. Better soil management can help reduce instances of soil loss which causes water pollution, exacerbates flooding and creates dangerous conditions on the county’s roads.

Satellite imagery and footage from drones is used to identify bare, sloping agricultural fields where soil run-off is most likely. With this intelligence, the Environment Agency will visit the landowner to make them aware of the potential issues and guidance on better soil management practices.

This is particularly important for the River Wye; one of the biggest threats to this special area of conservation comes from run-off from agriculture. Herefordshire’s famous sandy red soils are generally very fine and become extremely mobile during heavy rain storms, meaning it is not unusual for soil and sediment enter watercourses and harm the delicate gravel ecosystems. 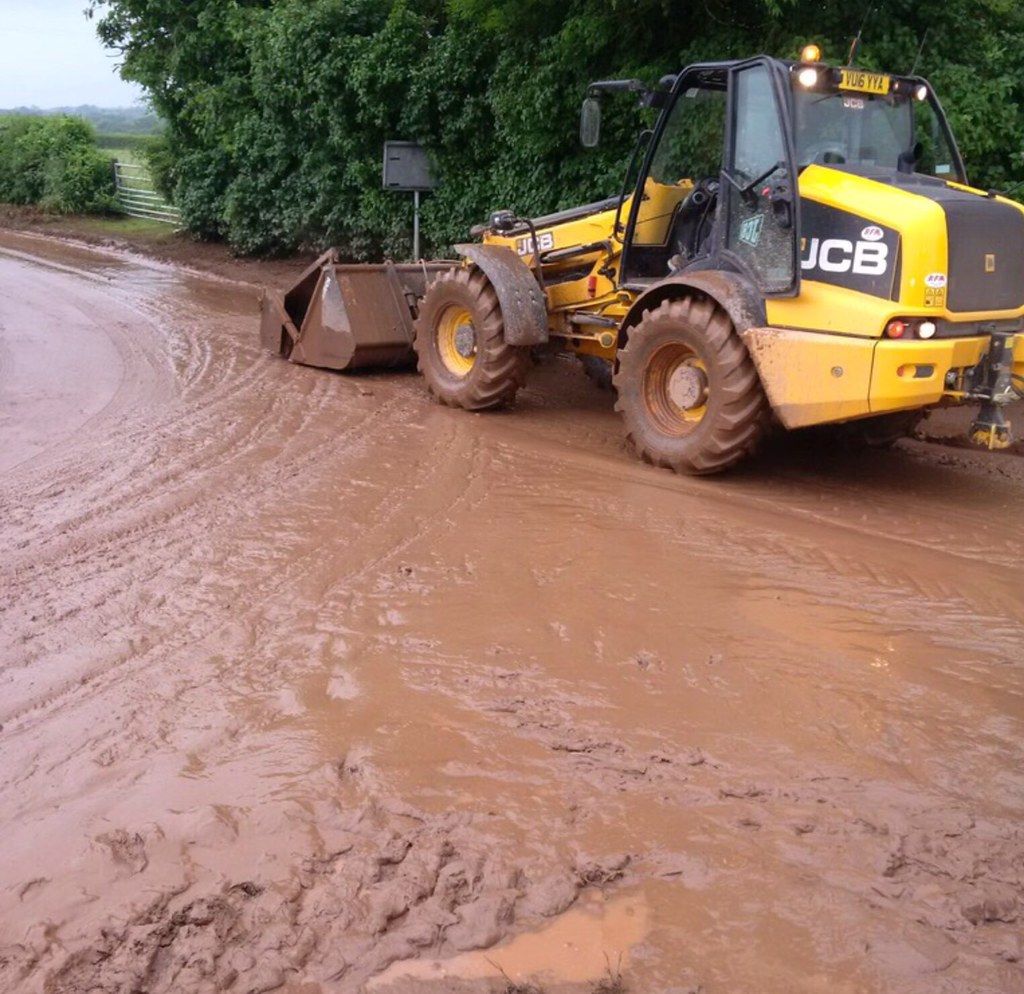 Soil water run off on a road caused by flooding

“Agricultural pollution and soil run-off is a significant problem, which is why we are using targeted patrols and a number of other methods to try and tackle the issue. Working with our partners from Herefordshire Council and Natural Resources Wales we can identify those sites that pose a risk to the environment and work with farmers to prevent pollution incidents happening in the first place."

”Anyone with concerns of excessive mud on the road that is presenting a hazard to road users should call Balfour Beatty Living Places on 01432 261800 (calls are monitored 24/7). They will assess the risk and take the action required to return our roads to as safe a state as we can.”