Polls for the European Parliamentary elections closed at 10pm on Thursday 23 May 2019.

The verification and ballot count for the West Midlands region took place on Sunday 26 May 2019.

The Herefordshire voter turnout has been confirmed as 39.78%.

The local results for Herefordshire have been declared by the Returning Officer: 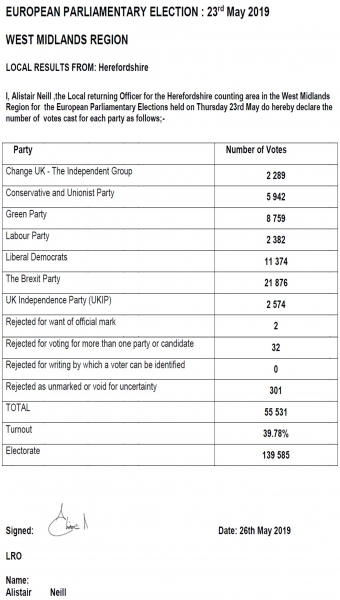