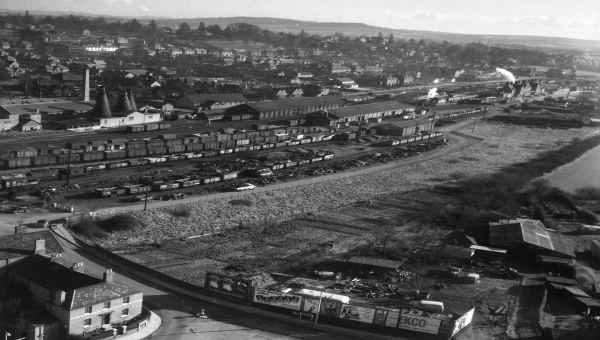 The work of pioneering aerial photographer Donovan C Wilson is to be celebrated in an exhibition at Herefordshire Archive and Records Centre.

Donovan was one of Hereford’s foremost photographers from the 1950s until the 1970s but had an extra string to his bow that his competitors lacked. Building on his enthusiasm for flying gliders, and with the assistance of a former Spitfire pilot, he used a special ex-RAF camera to capture aerial views of Herefordshire and the West of England.

The resulting images are remarkably clear and detailed and open a window on the county’s recent past. Senior Archivist for Herefordshire Council, Rhys Griffith, said:

“Donovan’s images are a hauntingly vivid record of Herefordshire from above. They let us gaze on a world that is within living memory and yet changed almost beyond recognition.” 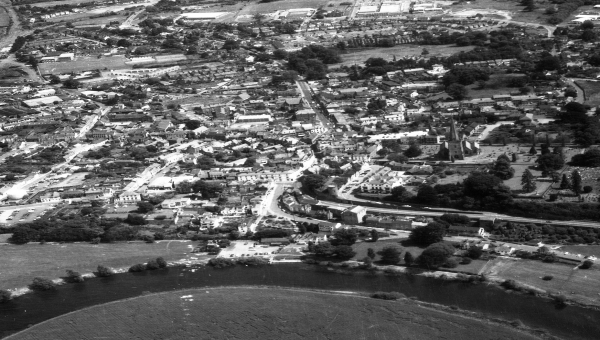 Volunteers at HARC have painstakingly digitized nearly 3,500 negatives and have selected a number of these to feature in the exhibition. They include views of Hereford railway station in the age of steam, the building of Greyfriars Bridge and a busy streetscape of Leominster in the 1950s.

The free exhibition will also include a digital touch table which will allow the images to be looked at in great detail. The exhibitions runs from 30 April until 28 June, 9am – 5pm Monday to Friday.