Your views wanted on proposals to improve traffic in the Belmont, Hunderton and Hinton areas 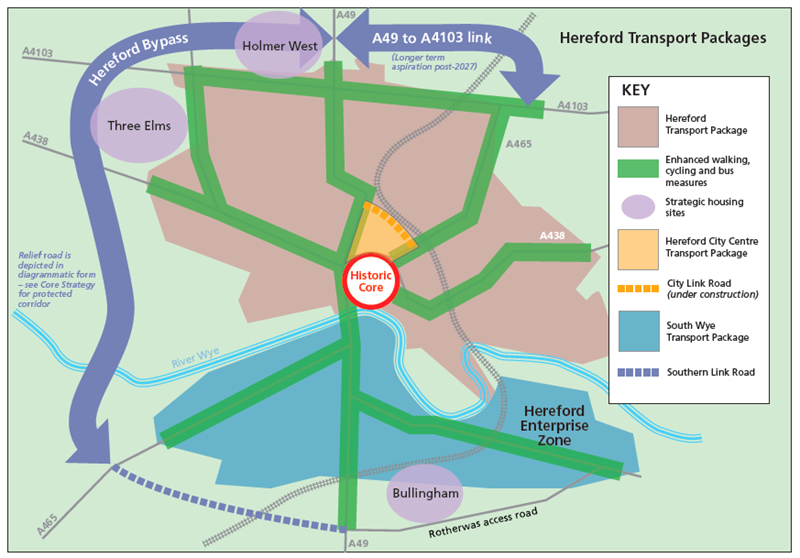 Are you tired of sitting in traffic?

Would you prefer to walk or cycle to work?

Herefordshire Council is asking for views on its latest proposals to improve traffic in the Belmont, Hunderton and Hinton areas.

These include cycle lane improvements, new routes, and plans for the next phase of a Hereford Bypass, which will join the A49 (Ross Road) to the A465 (Abergavenny Road). The bypass, once built, will help channel heavy vehicles and through-traffic out of the city centre.

The consultation for the plans, called the South Wye Transport Package (SWTP), will be held between 10am and 8pm on:

The consultation is your chance to give your views on the proposals and make any further suggestions.

"We are committed to improving cycling and walking infrastructure in the area, to make it easier for children to walk to school, to reduce traffic, and improve air quality and health for everyone.

The proposals will also improve access to the Hereford Enterprise Zone, making life easier for those who choose to walk or cycle to work at the Rotherwas estate.

The problems in the South Wye area have mainly been caused by the level of congestion along the A465 and the A49. This has resulted in poor levels of air quality and noise and has resulted in large numbers of short distance trips being made by car. The proposed improvements will help to counter this."