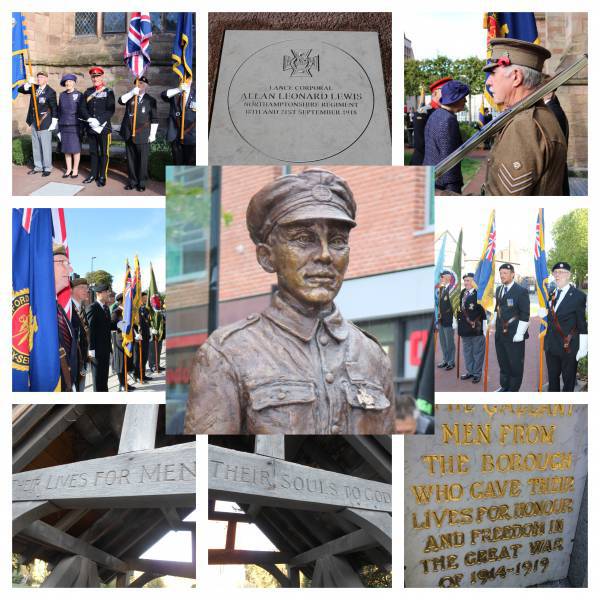 The men and women of Herefordshire made a huge contribution to the war effort; from the brave young men recruited into the Herefordshire Regiment, to the Canary Girls who filled munition shells at the Rotherwas Munitions Factory. Local farmers provided food and horses to the war effort, while the Home Front kept Tommy warm with handmade knitted goods.

As we approach the centenary of the end of the First World War, there will be a series of special commemorations leading up to Remembrance Sunday at Hereford Cathedral:

The Royal British Legion’s Field of Remembrance will be open in the Lady Arbour Garden for visitors during cathedral opening hours.

Reading the names of the Herefordshire fallen

Open to all, a daily service of remembrance. Over the week, all 3200 names of the county’s war dead will be read by in a service led by county dignitaries and organisations, and family representatives of those who died, were injured or who served during the World War 1.

Open to all, a special county service of remembrance will take place on Remembrance Sunday to mark 100 years since the end of the First World War.

The last reading of names will take place along with the fall of 3200 petals to remember each person who died in service, including at Rotherwas, during the First World War.