In an earlier hearing at Hereford Magistrates’ Court (24 October 2018), MJB Truck Services Limited and Mr Bowser pleaded guilty to failing in their duty of care to transfer their business waste, which included hazardous waste oil from an industrial process, to an authorised person and to secure the transfer with a written description of the waste.

In December 2017, Herefordshire Council put out an appeal for information about an articulated trailer that was dumped on the A49 layby at Much Birch, between Ross-on-Wye and Hereford. Officers from the council’s Community Protection Team discovered that the trailer had been abandoned containing approximately 24,000 litres of waste oil. 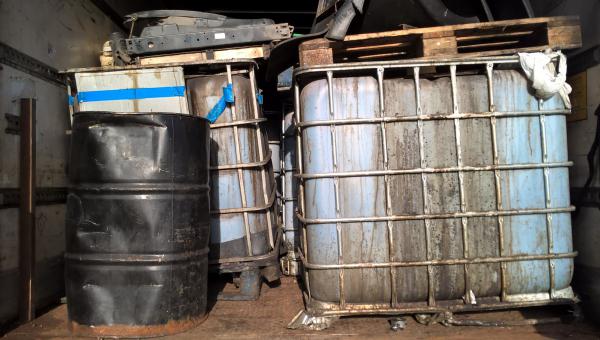 The articulated trailer contained approximately 24,000 litres of an oil

Although the trailer had all of its identification markings removed, following an extensive eleven month investigation with assistance from the local Environment Agency enforcement team, officers were able to trace the trailer’s ownership from a hire sticker on the trailer. It was eventually established that Jason Bowser had purchased the trailer from an online auction site, giving a false company name to the seller. 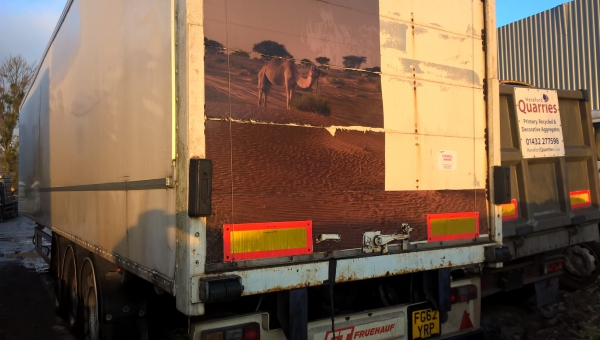 The articulated trailer has a distinctive camel image on the back

“This is the largest fine Herefordshire Council has been awarded for a trade waste prosecution, and reflects the considerable environmental risk posed by the abandoned contaminated liquid, which would have had a catastrophic effect if the liquid had leaked into the surrounding countryside and watercourses. All businesses must ensure they have appropriate duty of care measures in place so their trade waste is disposed of correctly, and we will take action against any business that illegally disposes of their waste.”

“In this particular case, the significant fine reflects the potential environmental risk posed by the abandoned waste. By bringing this case to prosecution, Herefordshire Council has shown that we will take action against any householder or business that illegally disposes of their waste.”