The men and women of Herefordshire made a huge contribution to the war effort; from the brave young men recruited into the Herefordshire Regiment, to the Canary Girls who filled munition shells at the Rotherwas Munitions Factory. Local farmers provided food and horses to the war effort, while the Home Front kept Tommy warm with handmade knitted goods.

As we approach the centenary of the end of the First World War, there will be a programme of events over October and November to commemorate the fallen and remember the Home Front.

In the week leading up to Remembrance Sunday, Hereford Cathedral will read all 3200 names of the county's war dead.

Open to all - Reading the names of the fallen - Around 500 names will be read each day in a daily service led by county dignitaries and organisations, and family representatives of those who died, were injured or who served during the First World War.

The full list of the fallen will be printed in the Hereford Times and is available to view at www.herefordshire.gov.uk/WW1

Open to all - a county service of remembrance for the end of the First World War. 3200 poppies marking each of the county’s war dead will be dropped from the cathedral tower.

Herefordshire Council's museums and archives service will host a programme of events over the coming months to commemorate the impact of the Great War on the county's Home Front:

A talk by Robin Thorndyke - The Illustrated Letters of Brian Hatton

Exhibition - The story of Belgian refugees in Herefordshire

A talk by Tim Howson - The Symbol of Remembrance

Visit the events page for more World War 1 centenary events across the county.

War Memorials across the county

Meanwhile, communities across Herefordshire, such as Leominster and Aymestrey, have been playing their part in remembering the Great War by preparing their war memorials for local commemorations: 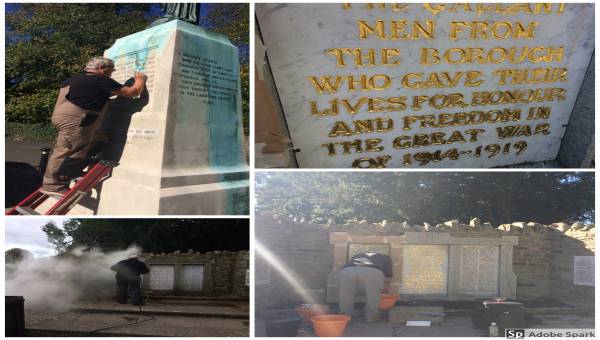 The war memorial at The Grange is greatly valued by the Leominster community as both a reminder of the town’s heritage and as a place of quiet reflection. Leominster Town Council has been awarded a £5,000 grant from the War Memorials Trust to help repair the town's memorial statues and remembrance wall. The conservation will ensure the memorial continues to inspire future residents and visitors alike.

Other works include sweeping and weeding by the Leominster Town Council Environmental Team and planting of the two, tiered containers and flower bed by Leominster in Bloom. 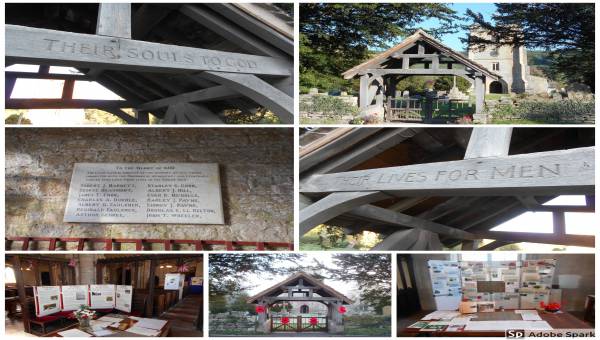 The lych gate of Aymestrey Church, originally erected through public subscription in 1921, is dedicated to St Alkmund and St John the Baptist. Over the last four years of World War 1 commemorations, Aymestrey Parish Council has worked with Aymestrey Church to restore lych gate to its former glory.

Aymestrey Church is displaying an engraved mirror memorial to commemorate the end of the Great War. Commissioned by Aymestrey Parish Council, the mirror remembers the 99 men who went to war from the parish and is engraved with the names of the fallen. As visitors read the commemoration, they are greeted with their own reflection as a reminder that those who went to war were just like us.

The church will also display two commemorative exhibitions; one for the men who fell and another on loan from Leominster museum showing the impact of the war on life from three different perspectives.

In 2017, Hereford City Council funded a major overhaul of the Holmer war memorial which commemorates the lives of 70 men from Holmer who died during the Great War.

A ceremony was held to formally rededicate the memorial and Colonel Andy Taylor read out the names of all those commemorated. Children from Holmer School laid a poppy cross for each person, except for some of the fallen whose family members did the honours.

Further conservation works are planned by the city council this year. Volunteers from the local community continue to maintain the area around the war memorial, to keep it free from litter and debris. 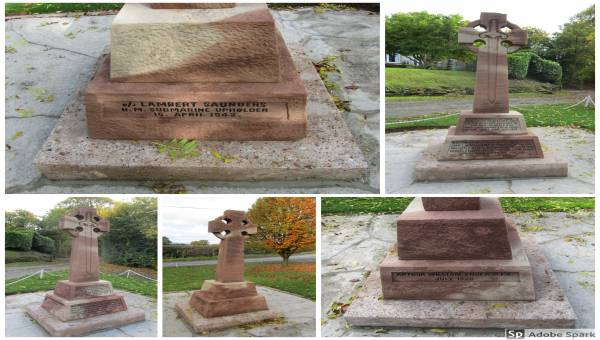 The grass that surrounds the memorial is regularly cut by a local resident and the parish council has future plans to replace the chain-link fencing around the memorial.