Hundreds turn out to welcome The Countess of Wessex during her visit to Poppies: Weeping Window 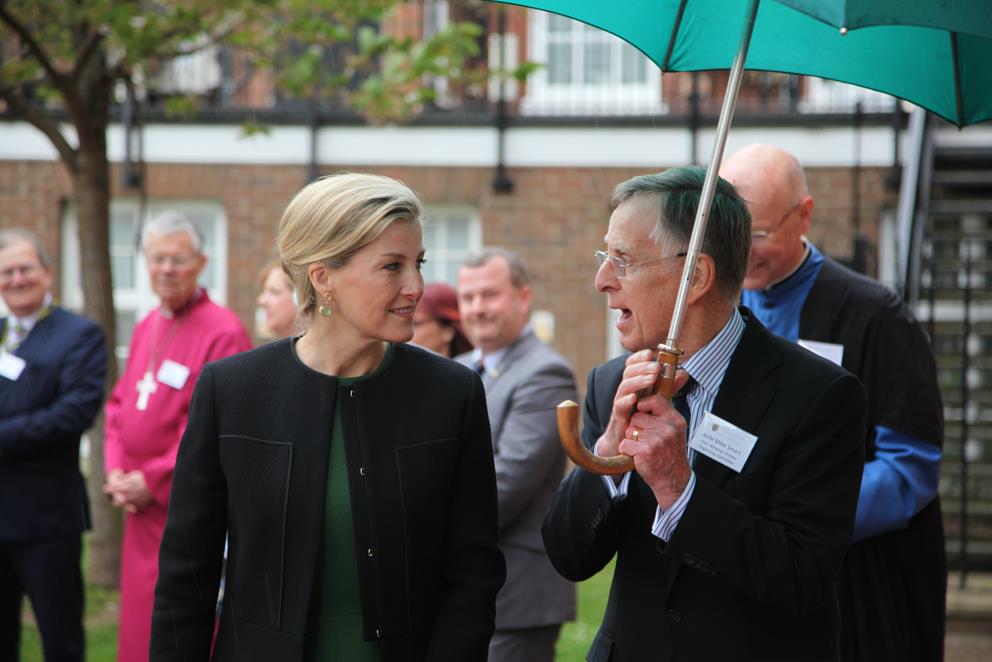 The Countess was welcomed by hundreds of local school children and residents and talked with a number of them during her visit to Hereford Cathedral.  As part of the visit, the Countess was introduced to Weeping Window artist Paul Cummins and 14-18 NOW Executive Producer Nigel Hinds, before viewing the sculpture, which is in Hereford as part of 14-18 NOW’s UK-wide tour of the poppies. 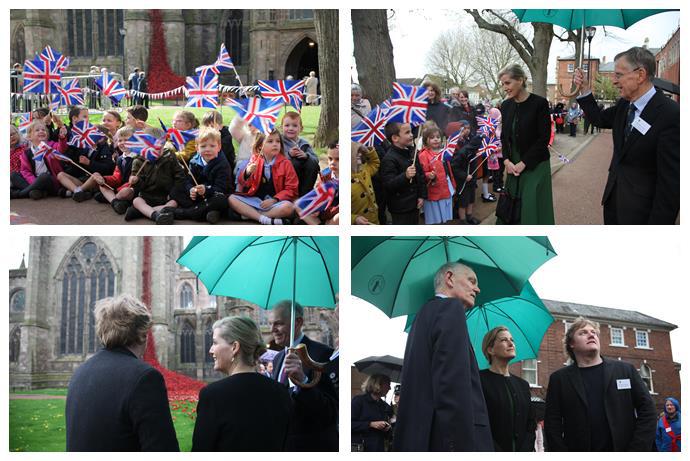 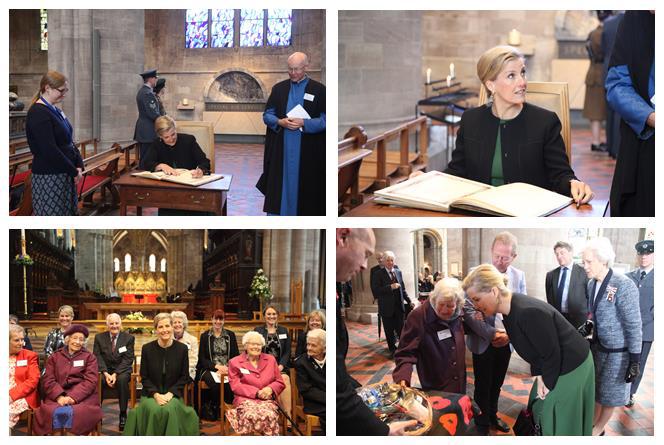 After leaving the cathedral, the Countess visited Hereford Museum and Art Gallery to experience the Herefordshire in the Great War exhibition and met local school children who took part in the Herefordshire Schools Remembering WWI arts and writing competition.  The exhibitions form part of the Home Front Herefordshire campaign, which commemorates the county’s significant contribution to the war effort during the First World War.  The Countess also took time to meet more of the county’s former munitions workers and heard first hand their stories of how they helped with the war effort. 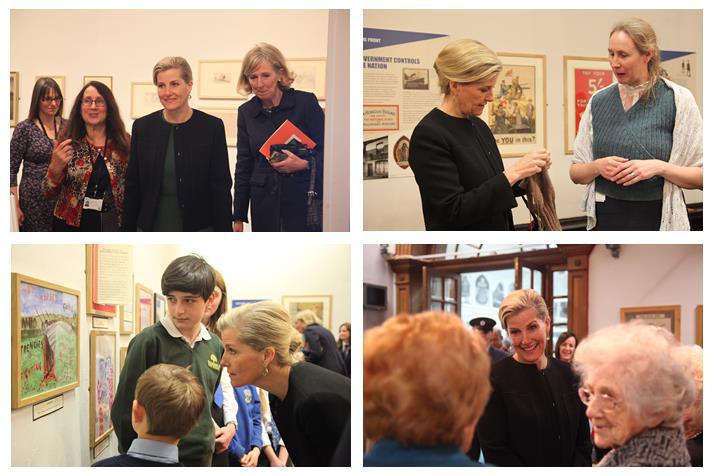