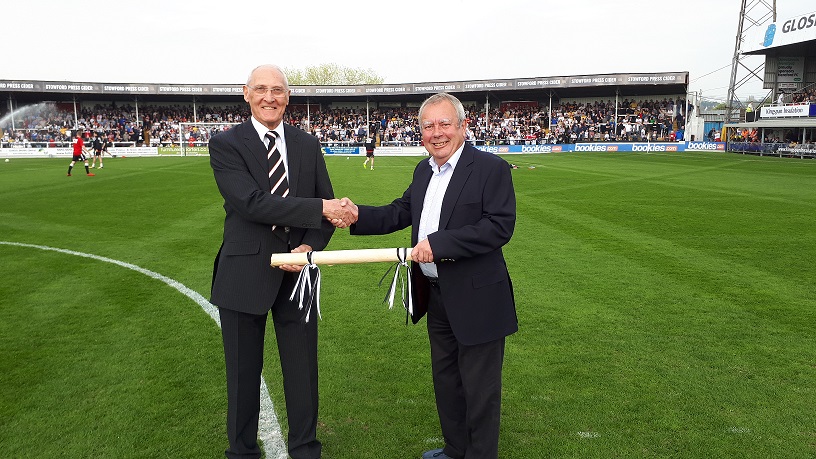 The wider area has undergone substantial redevelopment in the last four years, with the opening of the Old Market shopping development in 2014 and the construction of the City Link Road in 2017. The proposed ‘Urban Village’ project, part of the Hereford 2020 Edgar Street regeneration, could potentially mean joint investment from Herefordshire Council and Hereford FC for a new stand and facilities at the Blackfriars Street side of the stadium, with the opportunity for nearby retail outlets.

“The security of the club’s tenancy until 2030 is a real boost for the club and for the fans. Herefordshire Council is looking forward to working with Hereford FC to build on this year’s league success by planning and investing in the stadium - potentially transforming the Edgar Street area and providing new opportunities for retailers.

“Hereford FC continues to make a great contribution to the city and the wider community. Many local traders benefit from increased trade on match days and the football club is an important employer and contributor to the local economy.”

“The lease extension now means we have security until the summer of 2030, which will justify continued investment in the stadium by the club and, hopefully, set at ease any concerns about security being felt by any of our supporters.

“The directors believe the lease extension is a clear endorsement by Herefordshire Council of the commercial stimulation every match day at Edgar Street brings to the city centre and that officers feel that the club is being managed both effectively and efficiently as a business.”

“On behalf of Hereford FC, I would like to express sincere thanks to Herefordshire Council for their support and co-operation and the positive working relationship that has been built since the original lease was agreed back in 2015.”