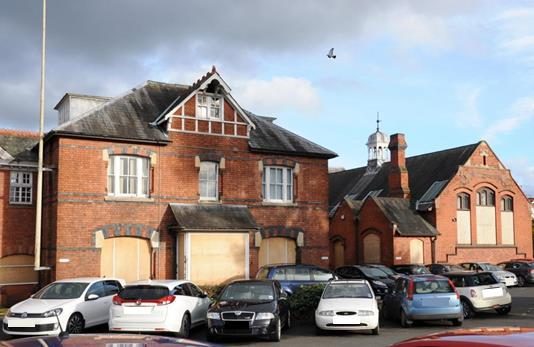 The site will be re-developed by Herefordshire Housing to create 75 new apartments, including 28 affordable units, within walking distance of Hereford’s historic city centre.

The council office closed in September 2014, when staff moved to alternative buildings in order to reduce the number of council properties across the county.  The property was formally placed on the open market with Gloucester based Bruton Knowles in February 2016, with a sale initially agreed with Herefordshire Housing in September 2016.  The not for profit housing provider has spent the last 18 months developing its proposal and obtaining planning permission, which was granted in February 2018.

“The sale of the Bath Street site to Herefordshire Housing is a positive step forward in the ongoing re-development of our historic city.  The site will be transformed into 75 new apartments, which will not only encourage more people to move to the city, but will also help us to continue meeting our priority of supporting the growth of our economy.

“I’m pleased that the plans submitted by Herefordshire Housing show that the development will retain part of the existing Victorian building, helping us to preserve the important history of our city for future generations.

“The sale forms part of the council’s ongoing plan to consolidate its estate and generate annual savings on building costs and maintenance.  We need to ensure we’re operating as efficiently as possible and securing value for money in everything we do, including selling buildings which are surplus to requirement.  This is especially important in light of the financial challenges we face through ever decreasing funding from central government, which will reduce to zero from 2020.”

“I’m delighted that the Bath Street sale has officially completed.  The 1.88 acre site will enable us to provide 75 high quality homes, a number of which will be affordable housing, all built around one of the city’s most iconic Victorian buildings.

“We were keen to preserve as much of the original building as possible, because even though it’s not listed, it’s an important part of our city’s character and has been since it was constructed in 1877 to answer the city’s desire to support and care for local orphans.

“Our development has been approved by the county’s planners and will ensure this historic example of Victorian architecture and philanthropy is preserved for future generations, while also fulfilling our city’s need for quality housing.”

In order to allow building work to commence, the car park located on the Bath Street site will close to the public from Friday 27 April.  To find your nearest alternative car park, please visit the council car parks webpage.