Nominations are open for the Community Champion Awards 2018

Nominations have opened for 2018’s Herefordshire Community Champions awards, in partnership with Cargill.

Five categories are open to nominations for people in Herefordshire who have made a positive difference in their community. The awards recognise exceptional contributions to local communities in the following categories: Community Champion, Volunteer Champion, Caring Champion, Environment Champion and Youth Champion.

“Herefordshire Community Champions is a way of showing appreciation for the outstanding contribution these amazing individuals and groups make to our county. Over the years, the awards have recognised the outstanding community contributions of so many brilliant people. Make sure you nominate those who have made a difference to your community!

“I am grateful to our sponsors Cargill, together with the Mayors of the City and all the market towns, for supporting the awards.” 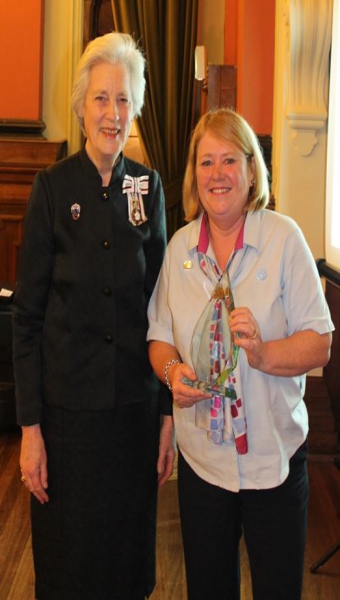 Pam Guiver was named 2017 ‘Volunteer of the Year’ in recognition of 40 years volunteering with the Girl Guides, and setting up Bromyard Guides in 2010. Pam said:

“Receiving the award for Volunteer Champion was the icing on the cake of a fantastic year celebrating the Girl Guides’ centenary and my 40th anniversary with the Guides. The Bromyard Guides give back to the community in so many ways, from litter picking to visiting residential homes, and it made me really proud that their contribution to the community was recognised.”

“We have supported the Herefordshire Community Champions program for three years. These inspirational awards are a great platform to showcase the effort and contribution of people around the county who give back to their community.”

Find out more information and make your nomination by Friday 16 February 2018 at www.herefordshire.gov.uk/champions