Herefordshire Council has won an enforcement case against a couple who failed to comply with an anti-social behaviour notice.

Chintana Kirk (60) and Richard Czogalla (67), of Hereford, pleaded guilty to failing to comply with a Community Protection Notice for anti-social behaviour at Hereford Magistrates’ Court on Friday 1 December 2017. Both Ms Kirk and Mr Czogalla received a 12 month conditional discharge and costs of £70 and £170 respectively.

Residents began to make complaints about anti-social behaviour in 2005/6, when cars, a boat and other items were dumped in the garden of the property owned by Ms Kirk. Mr Czogalla, who also lived at the property, would use flood lights to repair cars in the street till late at night, causing noise and nuisance. A large trailer was also parked outside the property, and due to the amount of items discarded on the driveway, access to Ms Kirk’s front door had to be across a neighbour’s driveway. 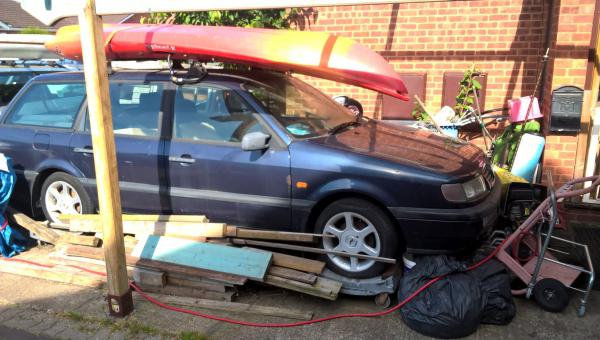 Evidence of anti-social behaviour from Ms Kirk and Mr Czogalla

A Community Protection Notice is issued when a business, organisation or person over the age of 16 commits anti-social behaviour which spoils the community's quality of life. Herefordshire Council will continue to tackle anti-social behaviour where it has a negative impact on or affects the community. Visit www.herefordshire.gov.uk/communitysafety for more information about safer communities.