A household waste facility was used for commercial waste disposal 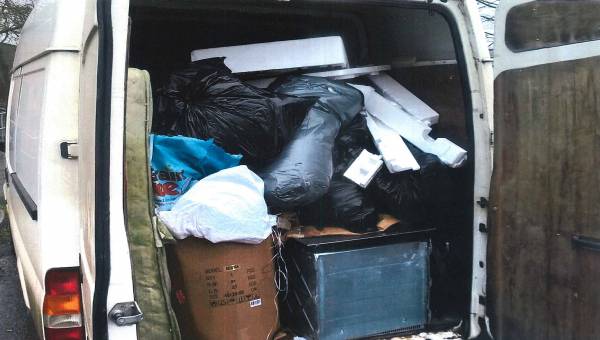 Herefordshire Council has won an enforcement case against a trader found guilty of unlawfully disposing of waste at a Household Recycling Centre.

Mr Furnell, who runs a house clearance business, used Hereford Household Recycling Centre to unlawfully dispose of commercial waste which he had been paid to remove by his customers. He pleaded guilty to transporting and disposing of his commercial waste illegally. Fines, costs and charges totalled £1,070.

Household Recycling Centres in Herefordshire can only be used by residents to dispose of their own household waste.

"Mr Furnell's unlawful use of a household waste facility allowed him to avoid paying for commercial waste disposal through an authorised person - which was instead paid for by the public.

"Herefordshire Council will continue to ensure that resident and business waste is disposed of responsibly, and that those who abuse the service will be prosecuted."

The Community Protection Team will investigate unlawful waste disposal and fly tipping cases that are reported via the Herefordshire Council website or by calling 01432 261761.