Man found guilty of fly tipping is sentenced to 9 weeks

Herefordshire Council has won its first ever custodial sentence for a fly tipping offence.

Due to the seriousness of the fly tipping offence, and Mr Biddle's non-attendance at court, he was sentenced to a 9 week custodial sentence. The offences involved tipping controlled waste - including a sofa, car and mattress - at a Bromyard caravan park. 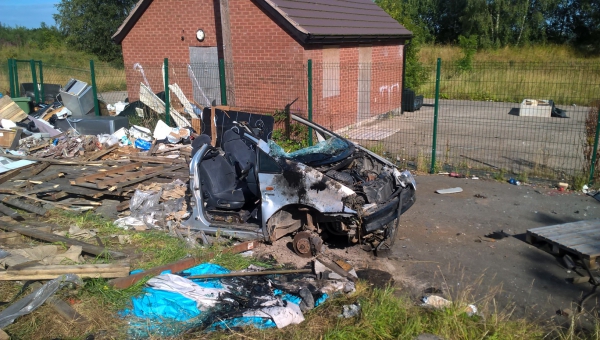 Evidence of the fly tipped car

"Action will be taken against any resident or business which illegally disposes of their waste or does not ensure that their waste is collected by a registered waste carrier.

"We would encourage anyone who sees fly tipping in action to report the details directly to Herefordshire Council."