The South Wye Development Trust celebrated the 10 year birthday of the The Kindle Centre in Hereford by having a Open Day for the community to visit and find out what happens at the Kindle Centre, and what exciting activities they have planned for the future!

Cllr Phillip Edwards opened the event, and thanked all those who had supported the Kindle Centre over the years and who continue to support the centre.

"Looking back at the last 10 years with time to reflect on being a Member of Herefordshire Council's County Planning Committee when we voted against officer advice and approved the Asda Development including the Kindle centre Community Building and £6million Flood Alleviation scheme to protect properties and highway network.

Cllr Chris Chappell chaired the South Wye Regeneration Board and Will Lindsay followed by skilfully guiding the Board into creating The South Wye Development Trust to oversee the running of The Kindle Centre and outreach working throughout the South Wye area.

In more recent years I have chaired The Trust, professionally supported by Mandy Evans as Company Secretary and Kindle Well-Being Centre Manager and recognise it is a privilege to work with a good mix of skilled Board Members, managers and volunteers.

Also in attendance were the Vice Lord Lieutenant and his wife - Mr Christopher James and Mrs Lottie James, the High Sheriff of Hereford, Bill Jackson, the Chairman of Herefordshire council, Cllr Brian Wilcox, and the Mayor of Hereford Cllr Jim Kenyon as well as other supporters, groups and users of the kindle centre.

Find out more about what the Kindle Centre has to offer on their website.

Some pictures from the event 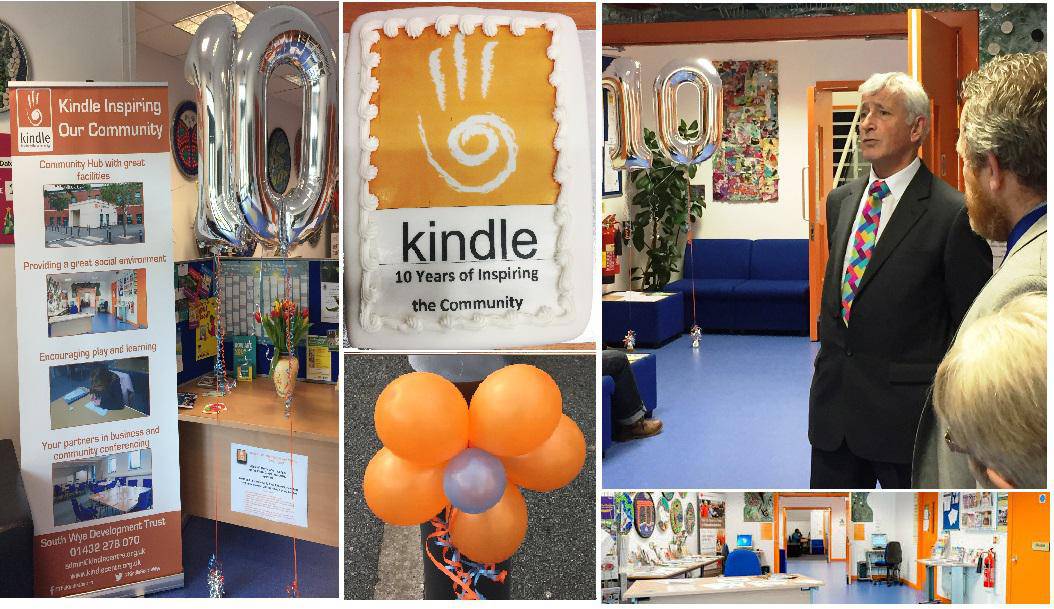