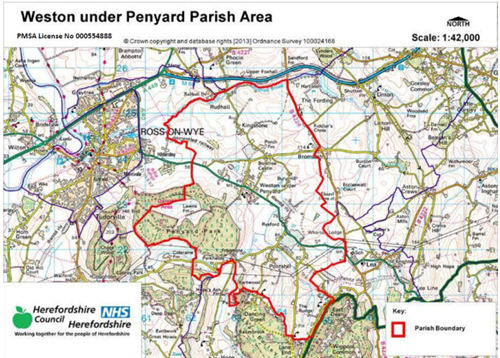 A Referendum relating to the Weston-under-Penyard Neighbourhood Development Plan will take place this week on Thursday 4 February 2016.

The question which will be asked in the referendum is:

A person is entitled to vote in the referendum if on Thursday 4 February 2016:-

The referendum expenses limit that will apply in relation to the referendum is £2362, plus the number of persons entitled to vote in the Referendum by reference to which that limit has been calculated (829 electors x 0.059p) is £2410.91.

The referendum will be conducted in accordance with procedures which are similar to those used at Local Government Elections.

A number of specified documents may be inspected during normal opening hours at:

The specified documents are: