Decision be referred back to Cabinet to be reconsidered 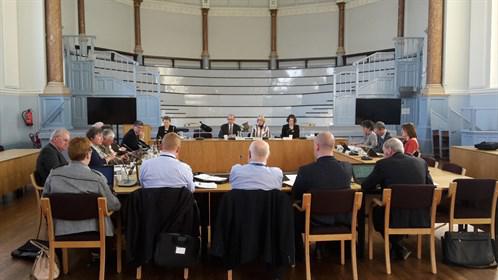 The council's health and social care overview and scrutiny committee (HOSC) has today (Tuesday 5 April) considered a called in decision on the SHYPP contract.

HOSC recommended that the SHYPP (Supported Housing for Young People Project) decision be referred back to Cabinet to be reconsidered in light of a SHYPP counter proposal, which it did not have access to prior to taking its decision on 17 March.

The SHYPP contract will now be considered when Cabinet meets on Thursday 14 April, where a new decision will be taken.