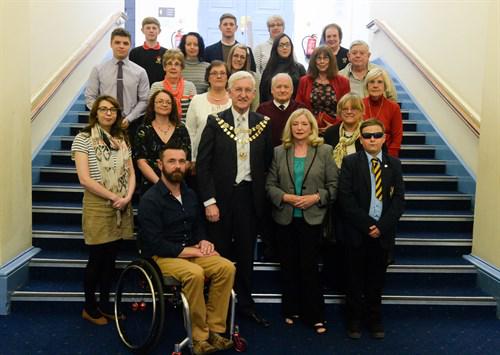 The final 14 Community Champion awards amazing finalists have been announced.

Twelve Herefordshire residents and two local groups have been short-listed for the 5 Community Champion awards, having had their name put forward by those inspired by their selfless work.

The winners will be announced during an awards evening at Hereford Shirehall on April 29.

Cllr Brian Wilcox, the chairman of Herefordshire Council and one of the judges, said judging was a tricky task.

"I have been very impressed by the quality of the nominees," said Cllr Brian Wilcox, Herefordshire Council's chairman.

"I'm really looking forward to the awards night. It should be a wonderful evening."

The winner of each category receives £500.

Thank you to everyone that nominated an entry for the competition - it was overwhelming and humbling to read the amazing achievements of some of the people of Herefordshire. These people and groups are the backbone of our communities and we are privileged to have them in our county.

The awards are a partnership between Herefordshire Council and Cargill, and backed by the Hereford Times.