Awards developed to recognise and say a massive 'Thank You' to the extraordinary individual and group contributors, living in Herefordshire 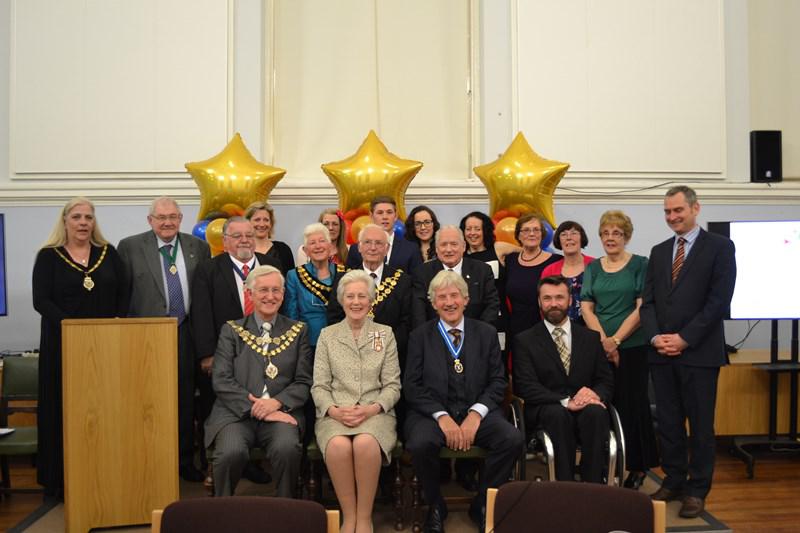 The first ever Community Champion Awards winners were announced at a ceremony at the Shirehall in Hereford on Friday April 29, each winning £500, with the awards being presented by Lady Darnley, the Lord Lieutenant of Herefordshire.

Olwyn Barnett Apprentice of the Year

Volunteer of the Year

In the true spirit of the awards, prize money is being put back into the community.

"We are having a Trustees meeting, and will discuss then what we plan to do with the prize money, and are likely to spend it on paving slabs, hard core, planters, etc to complete the back garden patio of the centre, which is our current work in progress."

"My £500 is going towards a small ride on mower for Leominster Town FC to enable us to do the grass verges around the football pitches easier. I felt that as I was nominated for my role within the club so it was only fair that the money was used for something for the club. This money has come in very handy as we are just in the process of taking over the grass pitches at Bridge Street off the councils hands and will be maintaining them ourselves and this item is the last on our wish list."

"My grandad has always taught me  'spend some, save some, give some away' so I am giving £100 cheque to Hereford RDA (where I do my volunteering) this Saturday. I'm saving some for driving lessons and looking forward to maybe spending some on clothes!"

Thank you to everyone that nominated an entry for the competition - it was overwhelming and humbling to read the amazing achievements of the people of Herefordshire. These people and groups truly are the backbone of our communities.

The awards have been developed to recognise and say a massive 'Thank You' to the extraordinary individual and group contributors, living in Herefordshire that make it one of the best places in the country.