The local branch of a national Parkinson’s charity has received a major donation from the Institute of Cemetery and Crematorium Management (ICCM).

Hereford Crematorium takes part in a metals recycling scheme run by the Institute that means valuable metal items, such as artificial joints, can be recovered during the cremation process and melted down for recycling.

This enables Hereford Crematorium to make annual awards to deserving causes, and this year the chosen charity is the Hereford branch of Parkinson’s UK, which has received a donation of £12,000 to support their work among people with Parkinson’s in Herefordshire.

Over 5,500 people in the South Midlands suffer from Parkinson’s Disease, a neurological condition which affects the way the brain communicates with the body.  The Hereford and District branch of the charity supports Parkinson’s sufferers and their carers by providing mutual support, friendship and therapeutic activities.

Dr Chris Frith, local Chair of Parkinson’s UK said: “We are most grateful to all those who have contributed to this national recycling scheme which will benefit those in Herefordshire with Parkinson’s, their carers, and our planet’s resources.” 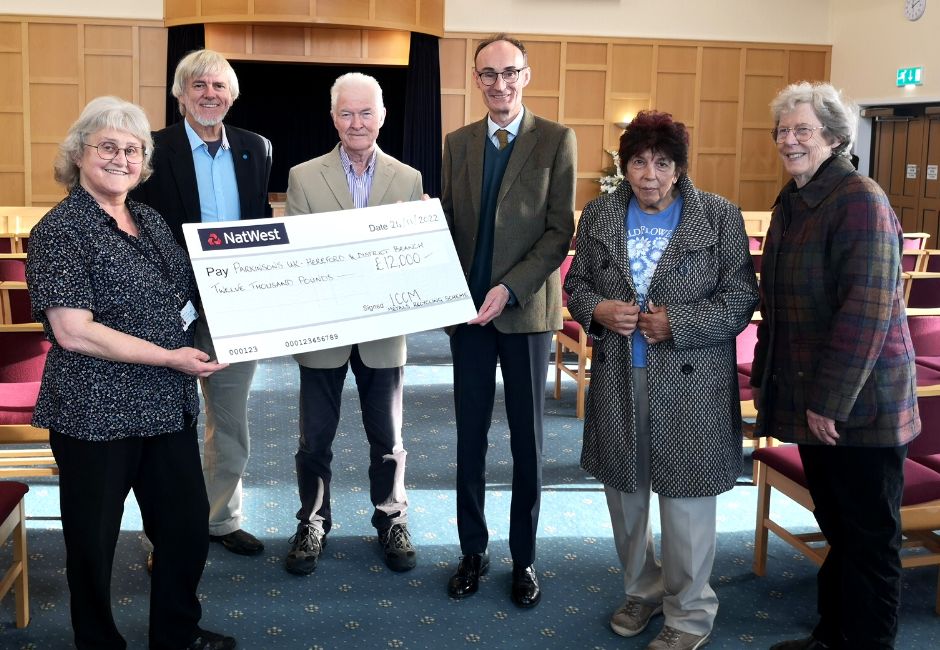 John Gibbon, Direct Services Manager at Hereford Crematorium said: “Thanks to the ICCM’s metal recycling scheme, and the incredible generosity of those who have made the decision to participate, Hereford Crematorium has been able to donate more £130k to local charities over recent years.

“The bid that we received was incredibly powerful and highlighted the brilliant work that Parkinson’s UK carries out on a local and national level. We hope it is a comfort to the families and friends of those who elected to make their last gesture one of kindness and charity that their generosity will help to provide continued support for those living with Parkinson’s.”

The metals recycling service is provided at no cost to crematoria who have signed up to the scheme and metals are never recycled without the next of kin’s permission.

The Council accepts nominations all year round, so if you would like to put your charity forward for consideration, please email Hereford Crematorium at bereavement@herefordshire.gov.uk or telephone 01432 383200.