Longest prison sentences given in Herefordshire for fly tipping

On 24 November 2022 at a sentencing hearing at Worcester Crown court, Zackery Biddle (23) and Jessie Biddle (26), both of Openfields, Bromyard, were handed lengthy prison sentences for their part in a two year tirade of fly tipping on Council land at Openfields caravan site in Bromyard, Herefordshire. A third individual, Declynd Mellings (21), also of Openfields, was ordered to carry out community work.

The court heard how in May 2020, officers discovered that Zackery Biddle and Declynd Mellings used a false profile name to advertise waste collections on local Facebook groups, offering to be the cheapest around at a time when household recycling centres were closed due to the Covid-19 pandemic. Officers from Herefordshire Council’s Community Protection team visited Openfields caravan site in May 2020 and found enormous amounts of fly tipping spanning across the site, which triggered a long and robust investigation.

Officers searched the waste and found evidence which led them back to a customer who had paid money into a bank account to take away a large amount of house refurbishment waste, the arrangements having been made on Facebook. Officers were able to trace the bank account to Declynd Mellings, who was found to be working with Zackery Biddle. Zackery Biddle pleaded guilty to multiple charges of fly tipping and treating and disposing controlled waste in a manner likely to cause pollution of the Environment or harm to human health, namely by burning waste collected and allowing other hazardous chemicals to leak into the environment. 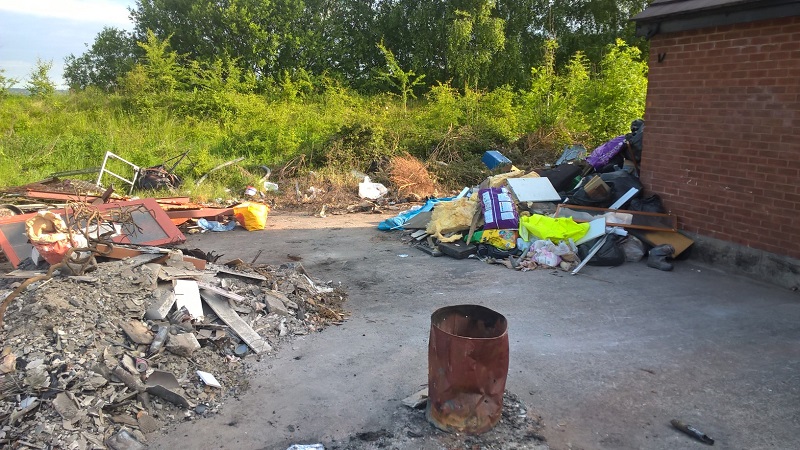 The courts further heard how between the years of 2020 and 2022, Jessie Biddle operated his own waste collection service on Facebook and collected controlled waste and disposed of it at Openfields caravan site in a manner likely to cause pollution of the environment and harm to human health. Officers were able to identify Jessie Biddle by a mobile phone number given to a customer and found that he had collected commercial waste from a shop in Leominster for the payment of £100 and had failed to provide the necessary waste transfer notes. CCTV footage showed the waste being driven out of Leominster by Jessie Biddle who admitted to fly tipping the waste at Openfields. The court further heard that Jessie Biddle had considerably profited financially by transporting scrap metal without authority to do so over a two year period.

Herefordshire Council further succeeded in these cases by applying a Criminal Behaviour Order to all three individuals which include conditions to prevent them from collecting, carrying, treating and disposing of any controlled waste and will be applicable for three years.

Marc Willimont, Head of Public Protection at Herefordshire Council said: “Herefordshire council will not tolerate fly tipping. The community protection team have therefore worked tirelessly to bring these offenders to court after they went on a 2 year fly tipping spree using false Facebook accounts to avoid being caught. Their irresponsible and selfish actions have cost the council thousands of pounds of taxpayer’s money to clear the fly tipping. That said, the sentences given out by the court on this occasion are welcomed as they recognise the damage that these individuals have caused to the environment and the unnecessary costs to the council to clear”. 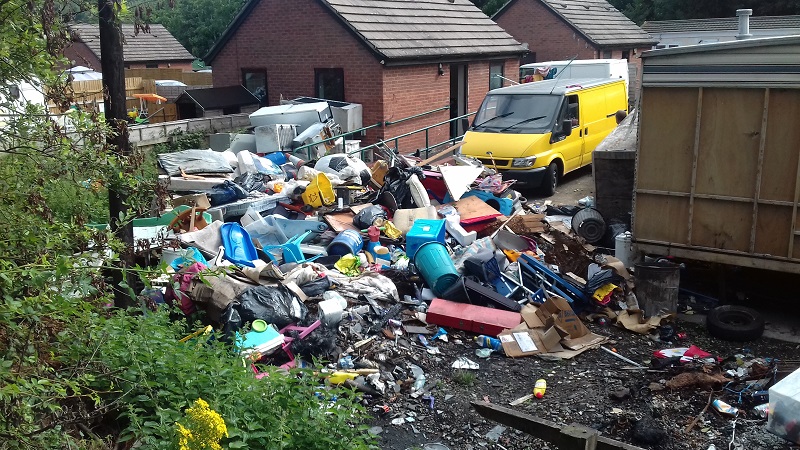 The maximum penalty for fly tipping is a £50,000 fine and/or five years imprisonment. The twelve and ten month imprisonments for Zackery and Jessie Biddle are the most severe custodial sentences ever given for fly tipping offences committed in Herefordshire.

The Community Protection Team regularly carry out spot checks on waste carriers and will investigate unlawful waste disposal and fly tipping cases that are reported via the Herefordshire Council website or by calling 01432 261761.