On 23 August, Herefordshire Council won an enforcement case against a married couple who were found guilty of fly tipping waste at the Openfields Caravan site in Bromyard, Herefordshire.

Over several hearings, the courts heard how in May 2020, officers discovered that Jamie Turley (33), currently serving a prison sentence, and Lisa Turley (34) of Openfields, Bromyard, used a false Facebook profile to advertise waste collections on local Facebook groups. Acting upon complaints, officers from Herefordshire Council’s Community Protection team visited Openfields caravan site in May 2020 and found large amounts of fly tipped waste across the site.

Officers searched the waste and found evidence which led them back to customers who had paid Mr and Mrs Turley to take away waste, the arrangements having been made on Facebook. 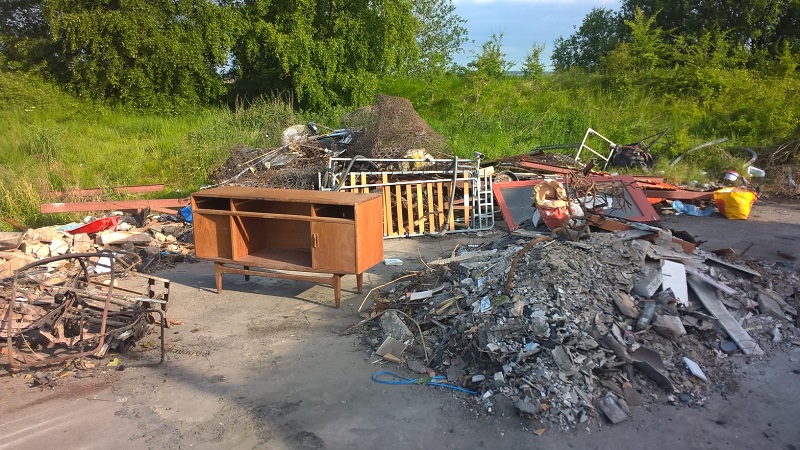 The courts also heard that the Fire Service had attended Openfields Caravan site to put out a large fire during the early hours of 31 May 2020. Council Officers promptly visited the site again and found that the fly tipped waste had been destroyed by the fire, but witnesses had seen Mrs Turley ignite the fire. Mr & Mrs Turley then failed to co-operate with Herefordshire Council officers, leading to a lengthy investigation.

At the first hearing, held at Herefordshire Magistrates on Tuesday 14th December 2021, Jamie Turley pleaded guilty to three charges of fly tipping, two charges of failing in his duty of care by not obtaining waste transfer notes, disposing of waste in a manner likely to cause pollution to the environment and harm to human health and one count of obstructing an investigation. He received a six month custodial sentence and was ordered to pay £156 victim surcharge payable on release.

Meanwhile Lisa Turley pleaded not guilty and was sent to a two day trial where she was found guilty of fly tipping charges and referred for sentencing.

On Tuesday 23 August 2022 at Hereford Magistrates Court, Mrs Turley was given an eighteen month community order and ordered to pay fines and costs totalling £685. A Criminal Behaviour order was also issued to Mrs Turley which includes conditions to prevent her from collecting, carrying, treating and disposing of any controlled waste and will be applicable for three years. 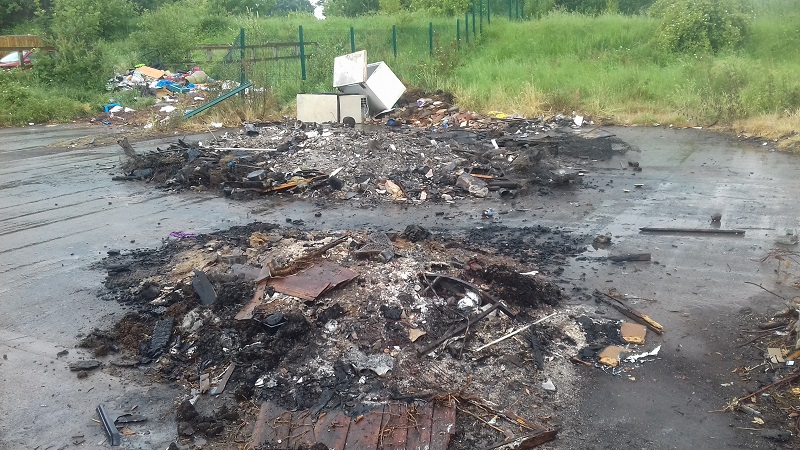 Marc Willimont, Head of Public Protection at Herefordshire Council said: “This case has taken a long time to get through the court system which has been extremely frustrating, although we are delighted with the final result. Most of these offences occurred on a council managed traveller site, so the cost of clearance has fallen on to the council tax payer. This therefore gives a strong message to any others who feel that is it ok to dump waste on council owned sites rather than pay for proper waste disposal like their competitor businesses. The officers should be congratulated for their thoroughness in this very long and protracted case”.

The maximum penalty for fly tipping is a £50,000 fine and/or five years imprisonment. The six month imprisonment for Mr Turley is amongst the most severe ever awarded by a court in Herefordshire.

The Community Protection Team regularly carry out spot checks on waste carriers and will investigate unlawful waste disposal and fly tipping cases that are reported via the Herefordshire Council website or by calling 01432 261761.