Her Majesty's Lord Lieutenant of Herefordshire, The Dowager Countess of Darnley, has led the tribute and flag-raising to mark the beginning of Armed Forces Week 2020. In a closed event at Suvla Barracks on Monday 22 June, under strict social distancing restrictions, she said:

“On the 75th Anniversary of VE Day, General Sir Nick Carter, the Chief of the Defence Staff, said that we should honour the veterans “…by celebrating the values that helped them through the war, including teamwork, optimism, courage and sacrifice.” He went on to say that we each have more courage than we might imagine, including the strength and confidence to do what is right.

“In the last three months our Armed Forces have more than met the General’s challenge, honouring the veterans by providing tremendous support to the NHS whilst also continuing to fulfil their defence tasks at home and around the world. The 20,000 members of the Armed Forces in the COVID Support Force have been at the heart of the national effort to combat the pandemic by designing and building the Nightingale Hospitals, supporting NHS planning staff with project expertise, reinforcing the NHS with some 600 clinical staff, and providing extensive logistic support.

“All this demonstrates the vital part the Armed Forces play in the life of our nation; their support is unquestioning, delivered with energy, expertise and a strong sense of selfless duty. Whilst recognising the invaluable support they are giving during this crisis, we must also remember the men and women actively serving this country across the world, in places of chaos, conflict and famine.”

“Today we pay tribute to the men and women who make up the Armed Forces community: serving Armed Forces, service families, reservists and veterans. We also honour the committed young people who volunteer and make up our Cadet forces in the county. Some will eventually progress to our Armed Forces as full time professionals, but all of them will be outstanding citizens as a result of their time and training in the Cadets.

“At this time, we also remember the brave men and women who have been injured or paid the ultimate sacrifice in recent and past conflicts. I believe that every one of us, of every age, profession and way of life have a duty of care to respect and support of our Armed Forces.” 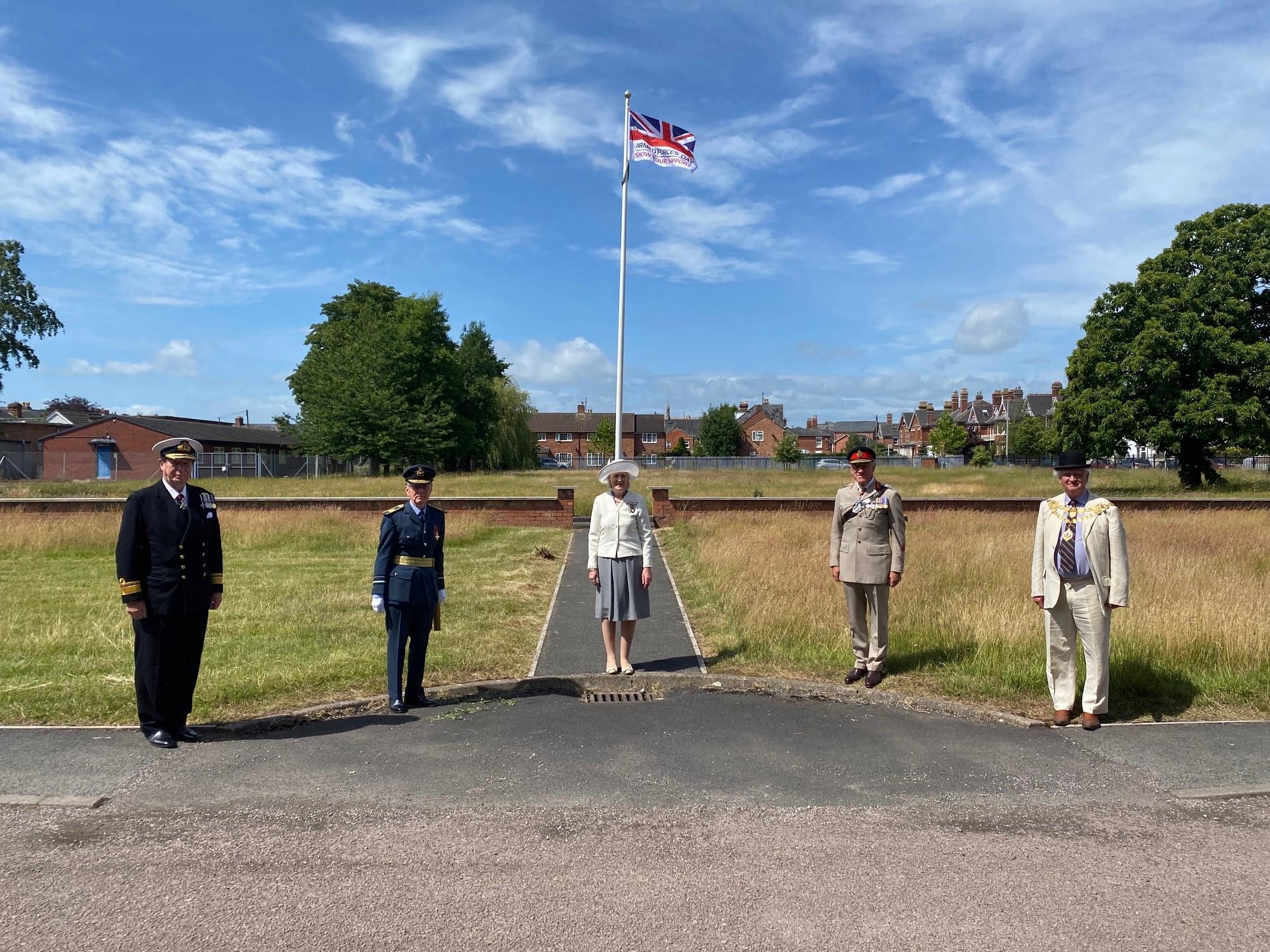 An Armed Forces flag will also fly throughout the week at Hereford County Hospital. It is a fitting tribute to members of staff who not only previously served their country but are now in frontline and essential roles at the Wye Valley Trust.

"We are proud to honour our colleagues who previously served in the Armed Forces by raising the flag at Hereford County Hospital. They bring a wealth of experience and knowledge to the Trust which is invaluable during unprecedented times such as these."

Erica also previously served in the RAF and is the Trust’s board lead for the Armed Forces Covenant and support to veterans.