The village of Lea has suffered from a number of significant flooding events in the past ten years, as a result Herefordshire Council has implemented a scheme to reduce the impact of flooding within the village. Work on the scheme was completed in April 2021.

The scheme has included the installation of:

Planning permission for the works was granted in June 2020 following design and co-ordination with the Environment Agency who contributed funding support to the scheme. Other funding is from developer contributions from recent housing development in the village and the council's capital funding.

Balfour Beatty Living Places managed the project on behalf of Herefordshire Council and also undertook some of the construction activities. Golden Valley Construction Limited, a local family owned and run civil contractor delivered the majority of the drainage works. They have undertaken several local construction projects on behalf of the council and have a proven track record for delivering works on time to a high standard.

The project team updated the community on the scheme as works progressed. 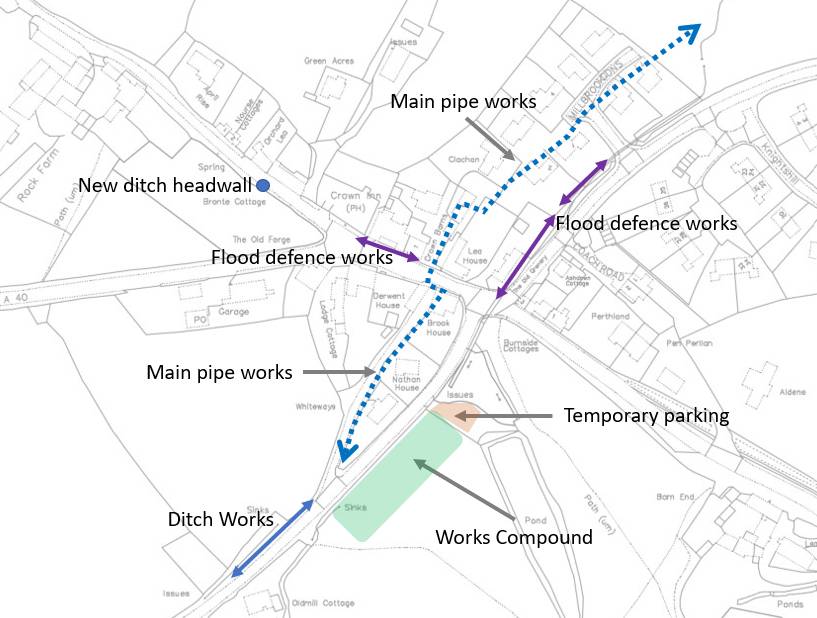